If you are thinking of planning a trip to the Canary Islands, going to Fuerteventura would be a great decision because of all the fantastic attractions, beautiful locations, and epic destinations. However, windy weather could pose a problem.

You might be thinking, how windy is Fuerteventura, and why is there so much wind there? Well, if that is what you are wondering, then you are in the right place because that is what I am here to tell you.

Fuerteventura is one of the windiest Canary Islands, along with Lanzarote. The winds are strong but are not catastrophic or anything like in the Caribbean Islands. Only a few months are less windy throughout the year and make for the best time to visit the island as a tourist.

Remember, Do not travel anywhere without these “Must have “Travel Packing Organizers.

So, it is good to do your research and visit during the months when it is less windy and more enjoyable.

But there is a lot more to the winds of Fuerteventura than meets the eye. In this article, I will talk about the currents in Fuerteventura, which months are the least windy, least windy places, and the time of the year where there is the slightest wind on the island. So, without wasting any time, let us get started.

Which is the Windiest Canary Island?

The Canary Islands are the center point of the Atlantic Ocean, so the weather is naturally warm. But that does not mean none of the Canary Islands has a certain coolness to them. On the contrary, wind plays quite an essential role in making the Islands cooler in direct sunlight. 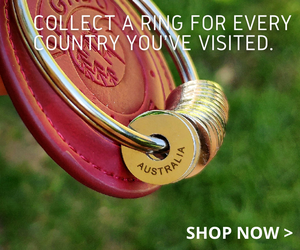 The Canary Islands of Gran Canaria, Tenerife, etc., are on the warmer side. This is because the weather on these islands is friendly, and the wind is relatively stable. But the wind is mighty in the Fuerteventura region.

As tourists, you must have a weather and temperature preference. Depending upon that preference, you can visit Fuerteventura at a certain point in the year because it is not always very windy on the island.

Want to go somewhere warm? Check out this article: Which Canary Island Is the Hottest?

Why is Fuerteventura So Windy?

Fuerteventura is the second-largest island in the cluster of the Canary Islands. It is known for its fantastic variety of white-sand beaches, warm weather, and cool winds year-round. There are a lot of cliffs and resorts in the area for tourists as well.

A lot of people tend to ask me, why is Fuerteventura so windy? Well, there are a few reasons an Island can be windy. Let us take a look at some of those reasons:

The main reason for Fuerteventura being so windy almost year-round is that it is situated at the brink of the Trade Winds. These winds blow east to west just north and south of the equator and are used by sailors to travel west. Due to the intensity of the trade winds, Fuerteventura Island has quite a strong affinity for winds.

This is why Fuerteventura is the central hub for most water and wind sports in the Canary Islands. You will participate in yearly Windsurfing tournaments held in the area and have a great time with your friends and family on the island.

Other parts of Fuerteventura might be windier than you would expect, so staying in hotels, there would not be the right thing to do. So make sure you keep that in mind when you are traveling to Fuerteventura in the Canary Islands.

Due to strong winds being associated with Fuerteventura, it is considered popular belief that Fuerteventura is always windy. But that is not the case. Yes, most of the year, it is windy, with some months being particularly more blustery than others. 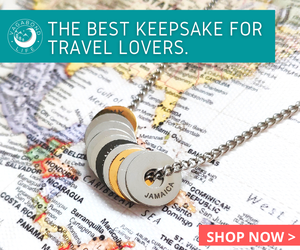 But let us take a look at the wind and the weather of Fuerteventura throughout the year. You will see that in some months, the wind is relatively stable and mild, and these months are the best for travel if you are thinking of touring Fuerteventura on your following holidays. So, let us see which months are the windiest and the least windy in Fuerteventura.

Which Are the Windiest Months in Fuerteventura?

Visiting Fuerteventura will not be the best idea if you travel there in the windy months of the year. But, as I said before, how windy a place will be depends significantly on the time of the year. So, let us take a look at some of the windiest months in Fuerteventura.

Remember to check out these Travel Packing Organizers.

According to scientific data, the weather is always the windiest in the spring season. This season usually lasts between April and May. Suppose we are talking about when Fuerteventura is the windiest, in March. At this time of the year, you can expect high-speed winds that can be pretty strong. All the beaches, cliffs, and streets will experience these strong winds in their respective areas.

In June, the Canary Islands seem to be more on the warmer side. Even Fuerteventura Island is quite friendly. But that does not mean the wind takes any breaks. Even in June, you are going to experience very strong winds. However, the intensity and strength of the wind blowing will be almost the same as the winds in March.

The summer spell of winds continues through July as well. You will experience strong gusts of winds around the beaches and the Betancuria and La Pared regions of the island. You should stick to visiting other parts of the Canary Islands in these months if you want to have a fantastic vacation experience I would suggest.

In August, the summer months might conclude, but the strong winds do not. This might make you think that Fuerteventura is just windy all the time, but I will repeat it; it is not. This particular time is when the winds are the strongest, and you will experience them the most if you are in the areas where Fuerteventura is situated or anywhere close to it.

Winds in November and December

After the spell of the summer and the early monsoon, you will have a pause when it comes to winds on this island. But then, suddenly, as the winter times arrive, you are going to see another spell of strong winds blowing throughout the island. This time, the months will be November and December, but the outcome will be the same – strong winds all around Fuerteventura.

Which Are the Least Windy Months in Fuerteventura?

Now that we have talked about the year’s windiest months, let us look at which months are the least windy if you visit Fuerteventura. Those will be apt for your visit if you go on a vacation with your friends and family.

One of the best times to visit Fuerteventura Island is right after August when the summer winds take a bit of rest. At this time of the year, you are going to find shelter against winds more often. More beaches, cliffs, and attractions will be easily accessible simply because the winds will be less significant, so do visit this month.

The same goes for October. Fuerteventura gives its residents and localities a bit of a breather in this period, and the winds are not that strong.

This month and the preceding month helped Fuerteventura clear its reputation as the windiest of all Canary Islands. So, it would be ideal for you to visit the island at this time of the year. Make sure you bring all your friends and family and have a great time!

Do you know how big the island is? Check it out here: How Big is Fuerteventura? 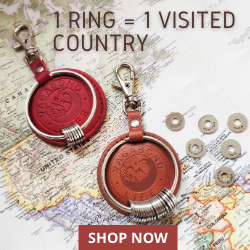 Fuerteventura is a naturally windy Island, but that should not stop you from visiting it in the Windsurfing season or simply observing and living in its natural aesthetic beauty. I hope you learned a lot from this guide and that you will visit Fuerteventura at the right time. So, start packing your bags and get your family and friends ready for an epic adventure. May you have a great trip to the Canary Islands!

When planning a vacation and choosing locations, remember that one of the major considerations for…